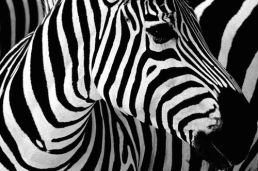 Last Tuesday was a difficult frustrating day.
The kind of  day when you ask whether you even know what you are doing as nothing seems to work.

Last Tuesday after months of planning I went somewhere to start a project and myself and my colleague were not expected. So the project never got started. (It will in a  few weeks!)

I then led a meditation class later that day and no one came!
These two events are lynchpins in the hypothesis we are testing here to engage with people, so the very fact they stumbled felt quite major.

This Tuesday was completely different!

Today I attended a great meeting with others at Ravensbourne College where people were gathered together to see how we might work together to make a difference. I guess the roots of this meeting came form a regional RSA meeting where I take about how we build community in places of new builds such as Greenwich Peninsula.

Today we gathered as architects, research staff, innovators, entrepreneurs, developers and a vicar! WE chatted fir two hours united in our desire to name a difference, to help people, and to spark community development. It was a great meeting and one where people shared ideas and displayed a  willingness to come together and try things together.

Following that I led this weeks meditation session in the NOW Gallery. We had 6 people which was a surprise after last week.  At each session I ask people to record how stressed they feel on a scale of 1 – 10before we start. We then have a simple breathing exercise before we silently meditate for 20 minutes. Each person felt their stress level dropped by at least 3 points and one person even wrote a thank you on their record!

At the end of the meditation I received lots of messages about Agapai tomorrow and it looks like we will have 6 people …. which I think is the largest number ever!

My day ended with having dinner with an amazing friend … so a pretty cool day really!

It’s strange how one day in a week can be so polar opposite to the same day in the next!