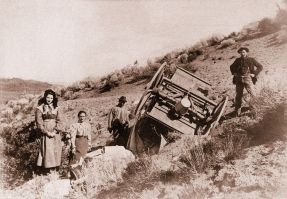 Sometimes ministry can be hard work.
Being in a place of lots of new building in a fledgling community where the landscape and the makeup are constantly changing , can present a massive challenge to the church and how she works.

As a pioneer, someone that is fairly passionate about mission, people and, yes loves the good old CofE, I am rooted in the belief that we are called to serve. In plain English that means I believe I am called here to serve the people of this Greenwich Peninsula. I am yo be here and be ‘good news’ to those that I come across.

To be able to serve and be such good news means I need to have the ability and the space to listen. I have done a lot of listening and responding over the last 18 or so months. As I listen I respond and make myself available, but that is not the pioneering bit as such … that is, I believe, good old fashioned parish ministry often depicted in those lovey old black and white movies.

The pioneering bit, which I am here to do , is to listen to what the community is saying the issues are, noticing the gaps or potential places to develop, and then creating something with others to meet that real and obvious need.

But we have a bit of an issue here and my model of creating sustainable Christian community is not flourishing as much as I would like it to be. The make up of this community is massively transient with a lot of people moving on fairly quickly to other communities in London after staying for 6-12 months. This means that what we hear as being relevant today can become irrelevant pretty quickly.

This means we need to act quickly on ‘stuff’ … but as we are a very small group of people all massively involved in our jobs … available time at short notice is pretty sparse. So, sometimes, pioneer ministry can feel like you are going round and round in ever decreasing circles. Ever decreasing because the ideas bank is getting smaller and smaller.

So … what do we do … that is the question … and one we continue to contemplate. As we contemplate we become aware of a massive and true fact …. the fact that this is GOD’S ministry and not OURS!

Why do I write this and why today?
Today I got an email from a research person from the diocese asking about fresh expressions in my part of the diocese. One of the things that I think Fresh Expressions has been good at is raising the good news stories … while that is good as it encourages and inspires others …. I do believe that just the good news stories can often give people the impression that pioneering and fresh expressions can be all great fun and is the ‘sexy’ side of ministry.

Sometimes all ministry is hard …. but being totally convinced and enshrouded in the knowledge that God has called you, is with you and is working through you (maybe even despite you) is all you need to keep going.

This is a raw and unrefined post … its a bit of a think aloud post … so feel free to comment … I miss my blog community friends ….