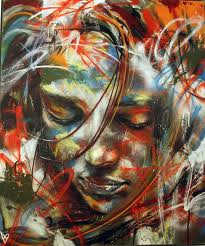 I find today’s Richard Rohr comment strikes a nerve with me.

Your True Self is who you objectively are from the beginning, in the mind and heart of God, “the face you had before you were born,” as the Zen masters say. It’s who you were before you did anything right or anything wrong. It is your substantial self, your absolute identity, which can be neither gained nor lost by any technique, group affiliation, morality, or formula whatsoever’

Last week I spoke with the same Christian man I spoke of yesterday with the strong sexist and racist views. He outlined how he thought all babies were born evil and condemned to hell unless they ‘accepted Jesus as their personal lord and saviour’. He used the concept or ‘original sin’ to justify this. To me that doesn’t look much like Jesus so it can’t have anything to do with God.

Today I baptised a beautiful baby today called Toby. Toby is the son of Zoe and Tony who I married when I was a curate at the cathedral – my first wedding at the cathedral. This was one of those real privilege situations which do not come around very often. But … as I held Toby in my arms … to think of him in any other terms than blessing and perfection does not really have much of Jesus in it … so can it be of God?

I have never fully accepted or resonated with Augustine’s concept of original sin. If we look at the Genesis accounts, God looks at creation and says ‘it is good’; next God looks at humankind, who are created in God’s image, and says ‘they are VERY good’.

Our ORIGINAL state as humanity is one that God calls very good. Not just ‘good’ like the rest of creation, but ‘very good’ …. even better than creation. Just let that sink in a  minute …. I’ve tried and can’t …. I’ve seen some pretty amazing parts of God’s creation which are stunning …. and yet to hear, believe and accept that God thinks I am even better than them is a pretty mind blowing concept.

But … just because it is mind blowing … and hard to accept … does not neutralise the truth that it is so!

I think that blows any ideas of the original-ness of sin or evil right out of the water, beyond the sea, over the mountains, through the stratosphere and into a totally different solar system! One that doesn’t exist! Rather than original sin I think we are created in original perfection or original blessedness, because this is our original state.

If we could fully accept and live our lives out of that … wouldn’t that be pretty amazing!