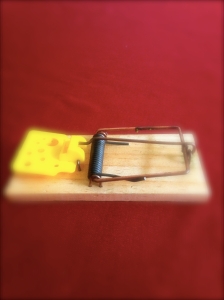 I stumbled upon this quote the other day (thanks Graham):

One of our values / aspirations that came clearly and strongly from our away day as the gathering was something to do with relationship, family, hospitality, welcoming … and other such terms. As a community we believe that this risky welcoming, although difficult and maybe even messy or, as Oden says ‘dangerous’, is vitally central to all that we do and all that we are.  The fact that a strong message received when talking about what we valued in the gathering was the openness and welcome to all to be participative on any level, along with the freedom to just be, leads me to believe that this is a pretty important value to us. I look forward to the discussions as we try to sum that up in one word!

It has always struck me as ‘interesting’ that to join many Christian groups today, whether that be church or whatever,  their seems to be an unwritten rule to conform to what the group is already doing, saying or believing. In some that even goes as far as wearing the same clothes, reading the same books, and going to the same events with the added inference that some Christian events are good while others are not. To suggest that the group might change to accommodate or welcome what a new person brings can often bring a look of terrified shock to those in ‘authority’, or others who are established, within the group.

But surely … if we are searching for truth together, and working out how to live as Christians in this world, we need to listen to how God is working in each of us, and listen to how God is talking to us through each other …. unless of course the group we are in has already sussed it out totally and has 100% certainty that their group and ideas is the one God given right true and correct way. But then, maybe some really do believe that they have discerned everything and have ‘arrived’. The gathering has not ‘arrived’ and we don’t believe we ever will as there will always somewhere further to go.

Welcoming the stranger is also very counter cultural, and possibly seen as a sign of madness, in a society that tells us from an early age to ‘beware of the stranger’ and realise that the stranger might be dangerous as a person who wishes to take something from you. In reality there is a safety issue that we need to consider as a community. But …. I believe we must avoid being directed too much by our fear, and be open to what the stranger may bring. If we ask God to direct our day … then we need to listen to the people God brings across our paths.

Today I had a long conversation with an older guy from India who has lived in Gillingham  since the early 1950’s. We talked about the changes he has experienced and in individual beliefs. I think we both left the conversation enriched in some way, learning something new from each other, discovering more about our creator and ourselves together. That would not have happened if we viewed each other with stranger suspicion.

I love that final thought from Oden, that ‘everyone will be changed …. ‘host and guest alike’. The alternative is a kind of static nothingness where nothing changes. I don’t want to look at myself in 5 years, or even a year, or even a month … heck I don’t really want to look at myself next week and think ‘nothings changed’. We are called to follow Christ and be transformed to be more like Christ … and it seems to be that allowing the the stranger in can be on way of allowing that Christ-likeness to happen.

After all … it is in entertaining strangers that we may actually encounter angels!
I can’t help but think, it’s worth the risk!