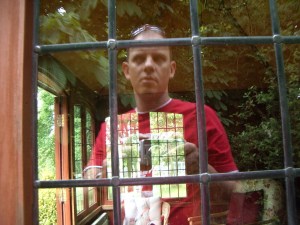 This weekend was a year on from my ordination (6th sept. 08) and it was odd preaching from the pulpit on Sunday morning knowing that only a year ago I was kneeling in front of the bishop. I many ways that seems only like yesterday, and in other ways it seems like years ago.

I have changed in some ways; my beliefs have developed in ways that I may not think they would have done. I have seemingly got used to practices that were previously very alien to me. One particular surprise to me has been to find a side of God that was previously largely undiscovered for me through worship in choral music. I don’t think I will ever say that this is ever really me, but 9 times out of 10, I am nevertheless struck by how God speaks to me through the richness of this.

I think my relationship with God has changed as I have been surprised by where God turns up. I will admit I went to places not really knowing if God would do anything. I guess a large part of me had very low and small expectations of what God would choose to do in the public places such as w/spoons which I inhabit. I have been amazed at the conversations I have had and the level of acceptability I seem to have now with the locals. There is still a long way to go but I would never have believed it possible this time last year.

Another surprise has been the gathering of the group of people that get together on the second Sunday of the month. I never believed something like this would happen so quickly. It’s not church but it could be the beginnings of church. With only word of mouth, this blog, and people asking questions the group has grown and could be about 10 if I don’t count my family in those numbers. I believe the next few months could be key as to whether this continues or folds as we look at what we are about and how we will ‘be’ who we are called to be.

I have been surprised to by the reactions of people to seeing me in places people do not normally see ‘a vicar’. Initially the response was harsh and belittling. 12 months on, as I am know a known face in the High Street area, there are calls of ‘hello father!!’ as these people know I hate that particular greeting! Again, this is something I never would have believed could have happened this time a few month ago.

Of course there is always crap stuff too. I am frustrated by the numbers of people within the church that do not get what I am trying to do, or those that think this is limited to a youth thing. Sometimes I upset people with a polite ‘no’ to certain requests but on these occasions I feel I have to decline because to accept would take me away from this particular calling on my life at this particular time. I find it hard to say no but am conscious that as the first pioneer clergy in the diocese that I should try to make the paths of those who will join in the future that little bit easier if possible.

I still find going out in the mornings really really hard. Most of the time I am well received but it is still common to feel threatened. Only last week I was convinced someone I was talking to was going to headbutt me. My fear was irrational, and I’m pleased to say it never happened, but the fear is there still. I said in an interview a few months ago that the hardest part of my day was crossing the threshold of w/spoons. That is still the case due to the great unknown at what will happen.

I guess I experience the cold shoulder of pioneering quite a bit. It is a lonely role but a role that I love most of the time which may seem odd in light of some of what I have said above. It’s a role in which I am learning I need to continue to dream and imagine what things could look like – sometime has to!

As I look back over the year there are a few people to thank – my family! the staff of the cathedral, Ian, Jeremy and some other special people who have met up with me a few times in wetherspoons and coffee shops to offer a good encouraging word (please don’t stop!) and of course those that receive my weekly prayer email (if you want to drop me a line and I’ll add you)…. thank you to all of you – you are special people who are an important part of this ministry because without your kindness it would be lot lonelier and much more difficult.

2 thoughts on “some reflections on Year 1”