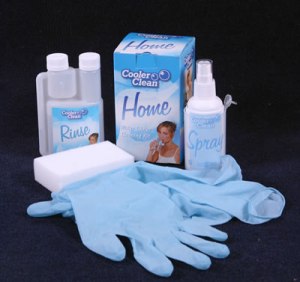 The last week or so of Advent has been a very different experience for me. Regular SHP readers will be aware that over the last four years I have been based at Rochester Cathedral. Here carol services occur on a near daily basis, sometimes even more frequently, throughout December. I remember last year by around the 6th of December saying I was already ‘fed up’ with singing carols. So, the run up to Christmas throughout December was always incredibly busy.

The run up in Gillingham this year has been different. There have not been daily carol services, I have spoken and attended only four, and all of them happened this week. It has, however,  still been pretty busy which is why the blog has been quite quiet for the last week or so. The busy-ness has been different and it has involved people in the prison, the school and the High Street.

This blog is really my tool for reflecting on stuff. The busy-ness has meant I have been reflecting, but not really been in a position to express that reflection in a meaningful way here. I like to reflect, and I have been mulling over this whole advent and christmas thing. On one hand I have been reflecting on the grittiness of the story which I think I summed up in the filthy sacred stuff I wrote about earlier. Alongside that, I have been forced to reflect upon the sanitisation and fluffing of the story that we hear in many carol services and conversations.

I wonder how we got from one to the other. The popular media machine of the church has done a grand job of taking all the dirt and risk out of the story over the last few hundred years. We are left with warm images, and safety, and lovely calm animals and calm people and a baby that does not cry. Why is this? In my times of reflection I think I have arrived at two possible explanations for the warm fluffy nativity story that seems so familiar to all of us.

First, I guess the reality and truthfulness of God, in flesh, being born to a young couple in the filth, dirt and grime of a stable is so unbelievingly shocking that it made many feel uncomfortable and so needed ‘dressing up’ a bit. The saviour of the world born in the crap of a stable is scandalous. This is a holy event, and if it’s holy we can’t possibly have smells, and poo, and dirty animals and all that stuff going on. Maybe the holiness of the event calmed the animals, but it surely can’t have calmed the smell.

I think there may be also be another reason. The scandal of this scene has implications for all who call themselves Christian. Jesus was born into the filthy reality of the world and if we read the gospels we see that he remained there, working amongst the ostracised, the excluded, the untouchables, and generally all those people groups that the establishment (in this case the law and the temple) said should be kept away from. To work amongst these people, said the law, would result in you being unclean and unacceptable in the sight of God.

Jesus birth, life and death show this to be wrong; the very way to be holy, shows Jesus. is to be involved in the dirt and need of the world. Getting our hands dirty while working with God is a simple demand of our faith in Jesus.

If we are to follow Jesus as our example, then the task is pretty clear …. to work amongst the poor, the rejected, the outcast, … to work amongst those who are not valued or respected but are ignored, rejected and persecuted.