He described the air of the eternal

as ‘seeping through the physical’.

‘What a wonderful world it is’, he said

‘provided you believe in another world.

Not over against this world,

but interlaced with it. 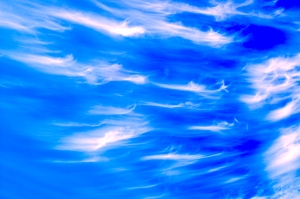 So started my Advent thought yesterday morning. And so started my conscious effort and observation, searching to notice this air of the eternal simply seeping through the physical or, in other words, our normal everyday world.

God in the ordinary, in the everyday, in the unspectacular is something I love to think about and something that I think is very present in the Advent wait and clear and obvious in the nativity scene that we wait to see. God in human form, as a baby, in a normal everyday birth in some stable down some alley to 2 pretty young kids, in some city sounds like a pretty normal everyday scene to me. This is such an ordinary scene most would not have noticed anything going on.

I wonder whether many allow God to pass by unnoticed because they are looking for the spectacular, whereas more often than not, it is the God in the ordinary everyday stuff around us that we can really grasp and connect with.

In the last 2 days I have noticed the eternal seeping into the ordinary everyday in peoples smiles as well as in the laughter or tears of conversation. I have seen the eternal seeping through laughter and tears and through sunrises and sunsets and in wind and rain and in music and …. the list can go on.

This advent I need to remind myself that I live in a wonderful world … because I believe in another world … not over and against this world, but interlaced with it.