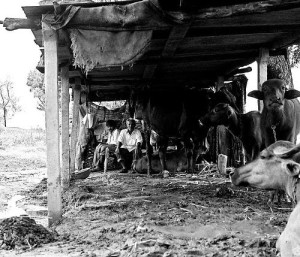 I have just about recovered from quite a full weekend with the Dickens Festival. I have been thinking further on some of the things that happened over the weekend. In particular, it has struck me again how shocking the Christmas story is and how some people have great difficulty focusing in on this very fact.
Thousands of people walked through the cathedral over the weekend. Out of those thousands a very small few were quite unhappy with the nativity cut out scene. Around 4 people, 2 on each day, berated me quite severely. They were unhappy because they thought the cut out was demeaning or insulting to ‘the Holy family’.
When we chatted with these people and attempted to explain that part of the reason we were encouraging people to “get in the Picture” was to show how ordinary everyday people could be chosen by God for extraordinary roles, it was clear these people were so incensed by the very idea that they were not going to listen.
The birth of Jesus is shocking.
God becoming flesh is unbelievable in itself.
God becoming flesh in a normal everyday unmarried girl was a massive shocking risk.
God becoming flesh in a filthy crappy stable is disgusting.
(I don’t use the word ‘crap’ lightly or to shock…. but come on people it was a stable, have you ever wandered through a cow shed …. the crap and stink are there in abundance!)
We have sanitised the birth of Christ and replaced the crap, stench and filth with warm fluffy western images that glow with peace and tranquility. It’s hard to fathom, but God chose not to be born in such wonderful surroundings, preferring instead the stench of the cow shed.
The whole plan is so unbelievingly shocking but I believe we have lost the shock; maybe this Advent is a time to mull over the shock factor of the birth of Christ.