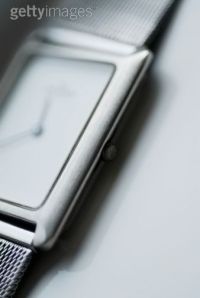 Following on from my previous post I have noticed something in the last 2 weeks. After months and months of sitting alone, watching, waiting and attempting to discern what God is doing around the place I have gradually come to realise that I now have conflicting choices, not quite spoilt for choice, but nearly – and that has hit me as a surprise.

It has taken a long time to make the small step that I have made but I have now got to a stage where I am conscious that if I sit with one group of people that results in me not being able to sit amongst another group. It seems I now need to develop some plan of being able to share my time which is a situation I never thought would arise. It seems odd to think that I now need to think about who I sit with to spend some time with, it was not long ago that my prayer was something along the lines of ‘Lord, please don’t let today be another day when I’m invisible!’

I have noticed this as an issue for the last 2 or 3 weeks. There are two distinct sets of people who I see over the week. There are the daily regulars who are just that, in before I arrive (1030ish) and still there when I leave at 12/1ish. In addition are the twice a week regulars who come at 11ish and are usually gone by 1.

Up to recently, for some reason I have developed relationships best with the twice a week regulars as they tend to come alone, or in couples and conversations have naturally developed as we all tend to sit in the quieter part of the building and people have naturally talked. I have been privileged in that I have come to know and share a lot of the stories with these individuals and couples. I have been trusted with stories, concerns and fears and pray for this group of people and their concerns regularly.

The last few weeks, though, on arrival a chair has been pulled out for me amongst the daily regulars. The group can be large and so it would not be natural (I don’t think) to sit there without some form of invitation. If nothing else, because the group are daily regulars they give off the aura of being very comfortable there and, whether they know/mean it or not, you get the distinct impression that this is their part of the pub. Although I can feel quite vulnerable here sometimes it’s a real honour to hear the stories of these guys and be part of their conversation for the day.

I am logging this for my own personal reflection as much as for comments from others – but I know some of you out there are involved in similar work and wonder whether you have anything to add to this.